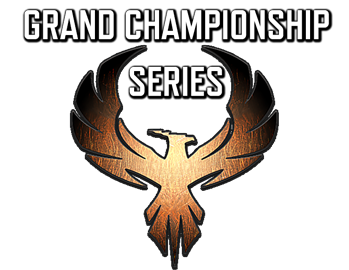 A_E & Stormless presents to you a prestigious thirty-two player tournament using an innovative format where every single game is cast live over a series of twelve shows, spanning nine weeks of quality entertainment. In A_E's words below, learn more about this exciting tournament and how you can contribute/participate.

This is about quality over quantity, one great tournament where the stakes are high, the matches are great, and not a moment of action is missed.

The G.C.S. will be seeded based on automatch rank and the rules have been carefully curated based on five years of experience and extensive player feedback to produce the best tournament possible.

We will focus on quality of contest and from the second round onward all matches will be best of five, with an epic best of seven final to ensure a true winner emerges. For the rules and format detail follow this link.

Together if we raise a minimum of £1,400 we can supply our scene with the big tournament series we deserve, using less funds than previous big series we will provide value for money to you the viewer, giving you over eighty hours of entertainment. 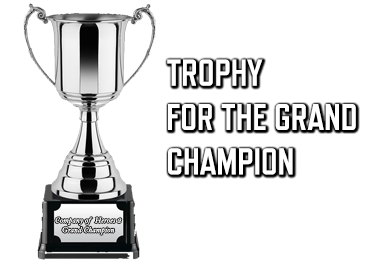 We'd then use funds to give the tournament the big hype feel it needs, creating a high quality of live stream production and a well staffed tourney on a relatively small budget.

Your money does not just pay for this tournament series, it also brings you several entertaining goals along the way:

✠ £600 - Battle of the cast teams: Generals Gentlemen vs. A_E and Stormless in a 2v2 series

✪ £800 - A_E and Stormless and cast games under the rules of RNG the drinking game.

✠ £1400 - VICTORY! Project is given green light. Trophy is produced and engraved.

Update: Well that escalated quickly! We hit our targets within ten minutes. This means more rewards to come, lots of them, watch this space.

Every penny extra goes into making this tournament bigger, badder, and better. The journey doesn't stop at £1,400 it just begins!

£2,000+ Players invited: we will offer the players the chance to play live in the studio, by paying for their travel as much as possible, and expanding our setup to accommodate them.

This will lead to that big hype atmosphere as the players can look each other dead in the eye before they go to war. We will also expand the prize pool to include bonus awards.

£3,500+ Benefactors invited: we'll invite significant benefactors of the tournament and well known community supporters to all come and enjoy the finals at the studio together in front of a large screen TV.

We will expand our horizons and create a community event to be remembered, and ensure it feels like a true esports style finals. We will also splash out on some excellent stream raffle rewards for you the viewer.

£5,000+ All donators invited: this will be the ultimate in ensuring the tournament becomes legendary to the community. We'd hire out a venue with a projector set up, and invite the community to come and watch the finals in style, with beer involved.

This will be the party we've always wanted, what's better the winner raising a trophy in their bedroom or in a room packed full of community members? Significant expenditure will be made to make this happen, to reward the backers and increase the prestige of the tournament.