This is possibly the most annoying bug that I have ever found in this game, and one that has persisted through multiple rage-induced re-installs. The issue in question? The Obsersoldaten of the OKW, when upgraded with the Infrared STG44 Package available to the Special Operations Doctrine, do not die the way they should. Instead of keeling over like everyone else, these insubordinate fellows instead to prop themselves up, their bodies still riddled with the bullets and shrapnel that caused their demise, and stand there in the T pose with such stubbornness that they cannot be removed from their position with any amount of force until they have the decency to de-spawn.

This is a bug that has been around for as long as I have owned Company of Heroes 2, can occur in any game and on any map and game mode as long as an OKW Obersoldaten with an Infrared STG44 dies.

However, I don't that information serves any purpose because all my friends with wildly varying rigs and even complete strangers can see the bug.

Here's a picture for your viewing pleasure. 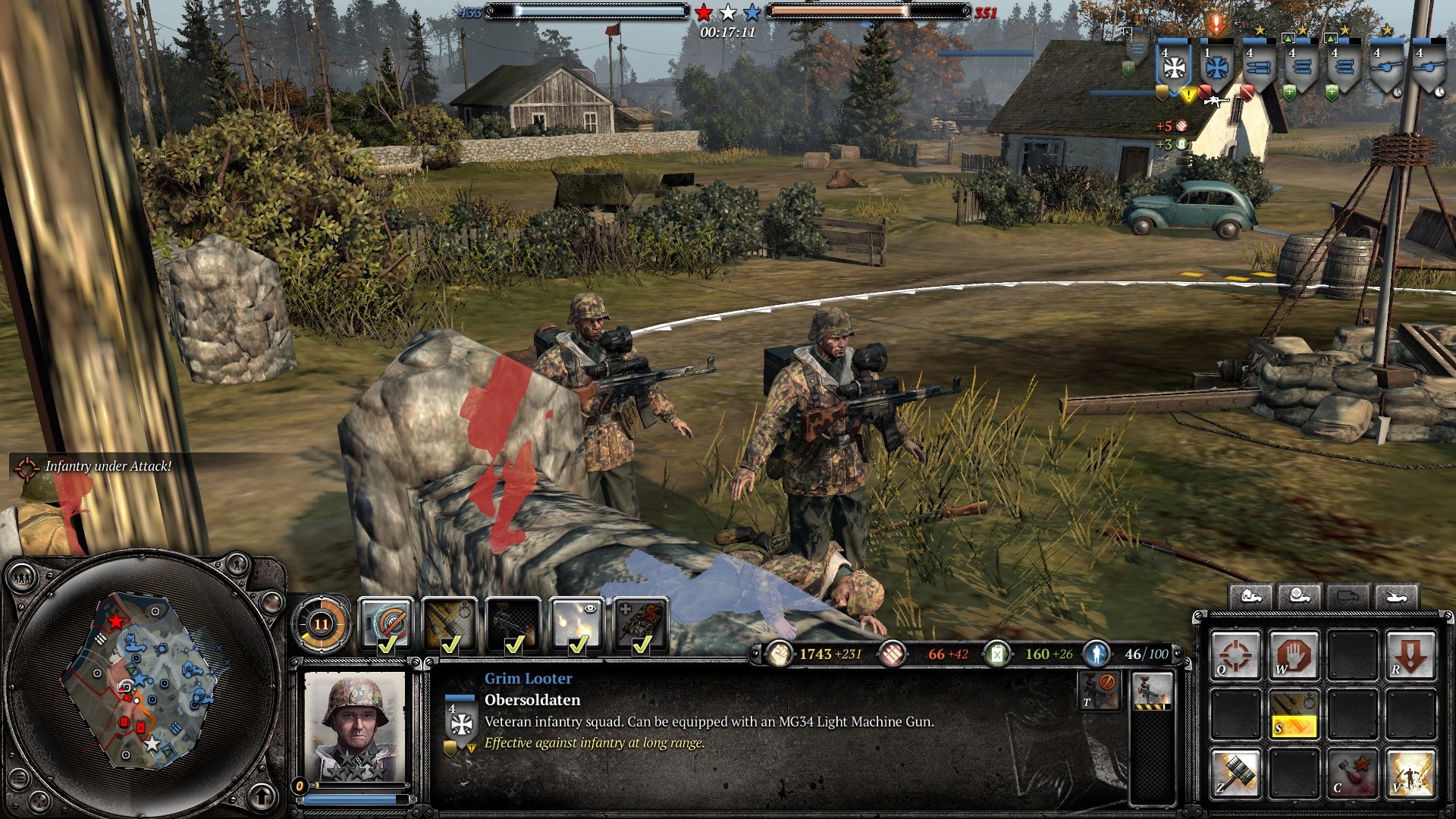 Look at those smug bastards, undeterred even by the presence of the advancing Soviet soldier.

I understand that in the grand scheme of things this may be a relatively minor bug, but after literal months - perhaps years - of tolerating it, it's becoming game breaking. I immediately feel like I should stop playing when I see it. Please, I beg you - if something could be done about it, I would be playing much more often.

Thanks for your time